Activated
They can remain silent for years; inactive for decades. They meld into our society and live undetected. Just like most others, they have every day jobs and occupy themselves with ordinary activity. Blending, learning, being a part. Highly unnoticed. Until that day comes; the day of activation. And then everything changes.


Mr. or Mrs. mild-mannered loses their milk-toast personality and trades it in for purpose and boldness. The ordinary is no longer ordinary and the daily grind becomes a daily mission. Around every corner is a hidden opportunity waiting. Every chance encounter holds the possibility of becoming a brush with destiny.

And who are these mysterious sleeper cells, these quiet ones who hide in our midst until their obscure calling and activation is alerted?

Know it or not, like it or not; you're not ordinary. You weren't made with average in mind and your purpose holds nothing less than spectacular. How do I know that? Because the One who mad…
Post a Comment
Read more
September 10, 2015 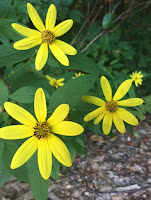 Signed
Charles Darwin may have thought he had a clue when formulating his now famous Theory Of Evolution, but he knew little of the human cell and its incredible complexity. In fact, the more recent scientific discoveries of the intricacy of the human cell have caused some modern scientists to question and even discard Darwin's writings on evolution by natural selection and trade them in for "Intelligent Design".

In April of 1953, Watson and Crick published their findings, a molecular structure of DNA; the double helix. This was something not grasped by Darwin when he wrote Origin of Species in 1859.

DNA is a highly structured, complex molecule that carries our genetic information. The wonder of how DNA is constructed, how it allows itself to be copied in reproduction, and the specificity of its instructions may lead us to think that this is not the result of an accident or chance. Perhaps, there is even intelligence in its design? On the contrary, given the sheer volume o…
Post a Comment
Read more
September 02, 2015

The Heart of Prayer
I saw the movie War Room last night. It was a moving film about the power of prayer. Prayer has the power to transform lives and to impact people. I've seen it played out in my own life and others' lives as well. But not only does prayer affect others, it also directly affects our relationship with God.

On a recent trip to Haiti, during a question and answer time, I asked one of the Haitian pastors what made him feel close to God; what does he do to feel God near. His answer was simple - he said he prayed. He prayed often. His church prayed often. In the morning, at night, during the week. Prayer was a staple of this man's life and prayer was one of the defining factors of his relationship with God. It's how he felt close to God.

Praying for others brings us close to God because God cares about the people we are praying for. When we pray for the poor, we are close to God's heart because his heart is close to the poor. We're connected to God, be…
Post a Comment
Read more
More posts