Playing Cards with the Devil
Disarm your enemy and you gain an advantage over him. The truth is, we have an enemy, and he is very real. The good news is, he has been disarmed.

And having disarmed the powers and authorities, he made a public spectacle of them, triumphing over them by the cross.
- Colossians 2:15

Satan, the devil, the fallen angels, the powers and authorities (these are all names given them), have been stripped of their power. They no longer hold their weapons of assault with which to destroy us. Yet still we see havoc, death, tragedy, and horror all around us. Why? Because like any disarmed enemy, Satan and his fallen angels have turned in desperation to a thinly veiled power that is really no power.
They now rule with lies.
If you can convince someone that you are bigger and stronger than they are, you have an advantage over them; even though you may have nothing to back your words up with. Take the gun away from a police officer and he is left with nothing but words again…
Post a Comment
Read more
July 19, 2016 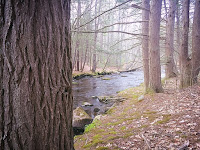 Seasons
I was born in New England and have lived here all of my life minus six months. I'm no stranger to seasons; I've seen 208 of them pass by me so far, and am hoping to see a few more. The seasons in New England are extreme. Winter is cold and snow laden, while summer is hot and sometimes unbearably muggy. Spring is fresh and rejuvenating with hope, while fall darkens the mood with the grim reminder that winter approaches. Again.

I can't help but believe that these seasonal extremes in this Northeast corner of the U.S. affect us New Englanders; we do have a reputation, don't we? The winters cause us to be withdrawn, cool, and reserved, while the hot summers draw out of us our crankiness and sometimes overly honest opinions.

But is it surprising, or hard to believe that the seasons of our life also affect us? We all go through them; the job change, marriage, our children's weddings, divorce, the death of a loved one. We gain. We lose. We experience the seasons. Tim…
1 comment
Read more
More posts