There's a story of Peter and some of his friends doing some night fishing on the Sea of Galilee. It was a long night, desperate for a miracle, for they had caught nothing. But they were fishermen and so that is what they did. They fished. After all, Jesus had been crucified, Peter had denied Him, and they probably felt pretty directionless - even though Jesus had made an appearance at one point to them. 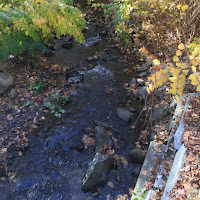 Sometimes our miracles come after our night.

After their night, their fish-less, fruitless night, a familiar voice called from the shore out to the empty boat they were in. "Friends, haven't you any fish?" No sir, we don't. We've got nothing to show for a long night of laboring. And again, the voice sounded from the shore, "Throw your net on the right side of the boat and you will find some." And so they did, and so they pulled a net full of large fish that could hardly be contained. What a miracle. The man behind the voice, Jesus Himself, had caused an abundance of fish to flood their net and tip their boat. 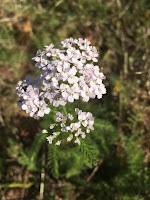 But as miraculous as that was, something even more powerful had happened. The net didn't tear. By the sound of it, the net should have torn. But it didn't. Jesus not only provided the need, He also kept it. He, as it says in the psalms (132:15), abundantly blessed their provision. God doesn't just provide, He also provides for the provision. He keeps the gift in tact. He blesses that which He provides.

And He'll do the same for your eternal future. 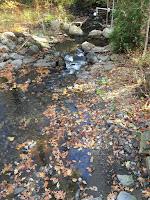 God didn't save you to dump you. He didn't give this amazing gift of salvation to let it fail and fall and spill all over the floor. When God saves, He keeps. And so He'll do for you who has believed in Him. He will keep you strong to the end, guiltless on the final day. If He cared enough to protect a haul of fish, He'll care enough to keep His sheep safe. He will not let you go. Do I need to say it again? Through many dangers, toils and snares, you have already come. Twas grace that brought you safe thus far and grace will bring you home. Jesus will bring you home safely.

In fact, the scripture says He is a guard. His power is guarding you through the faith He deposited into you; and that faith is a good and perfect gift with no defect, flaw, or hidden issues. You can rest assured in that. 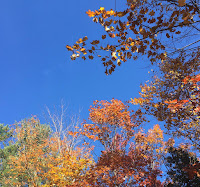 And so the disciples came to shore with their great haul of fish. And they ate fish for breakfast with Jesus. And Jesus restored Peter to Himself. The same Peter who had denied him was restored. And so we too will be brought to perfect restoration when we are brought safely home. Rest in this, weary traveler; your provision is abundantly blessed, kept to the end.