Skip to main content
March 31, 2018
God is in the business of transformation. 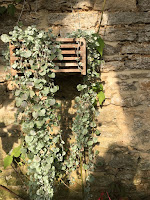 At a wedding feast, when the wine had run out, Jesus transformed 120 to 180 gallons of water into between 600 and 900 bottles of wine; a very generous transformation. God is generous in His transformations. Simon, whom Jesus would name Peter, began his lifelong transformation from Simon the man to Peter the rock. God is in the business of transforming people. People do change; when God is involved.

Years ago, God had put a thought on my heart, an impression, that He would be about the work of changing me, of transforming me into a new man, the man I desired to be. Shortly after this divine inspiration, my wife and I bought a new car, and with it we were issued a new license plate. The license plate was, for me, heavenly confirmation of what God had promised. 3777TI. 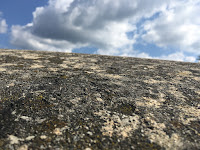 In scripture, three is a number of change. Jonah spent three days in the belly of a whale being transformed by God into a willing servant. Jesus spent three days in the belly of the earth, rising on the third day to new life. Seven is scripture's number of perfection. God was putting His stamp on the work He would be doing in my life. Three, followed by three sevens and the TI which I took as meaning Transformed Individual.

One might consider this coincidence. I don't, for I have seen God, over these years, transform me into a man from a boy, from a Simon into a Peter, from a prisoner to a liberated man. People do change when God is involved. 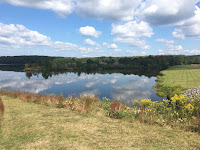 Scripture offers us hope in this Easter season; hope of transformation and new life.


And I am sure of this,
that he who began a good work in you
will bring it to completion at the day of Jesus Christ.


It is my prayer, it is my hope and desire, that as I near the end of this life, it would be said of me not that I was a self-made man, but that I was a God-made man, transformed by His constant love into who He made me to be. This is my prayer and hope for you as well.


But not really, for we have the curtain drawn back, the blanket lifted, on what is really happening here. Played out before us is a heavenly sparring, a battle in the celestial arena, a fight over the truth that Job belongs to God ("Have you considered My servant, Job?") Here we gain insight into the source of Job's difficulty - a battle between accuser and Defender. And in the end, we will see that Job is lifted from his depths to his rightful place by his Def…
Read more
March 25, 2019
Decisions can be difficult, especially the "big" decisions. Do I take this job? Do I marry this girl? Should I go to another church?

Should I write this blog? Well, maybe that one seems like a small decision.

Sitting here at my desk, in my office, I'm asking myself that question, among others. Should I write this blog? Who will miss an encouraging word If I don't take the time to write something? Will the kingdom of God lack a sliver of light because I didn't put my mind to the task of writing? Granted, this blog is read by few, not many, and the impact of what I do is small. Or is it? Can you really weigh the impact that you have on someone's life?