Skip to main content
October 03, 2017
All of us have a longing to belong; to be a part of something. Rejection can be one of the most painful experiences that we face. No man is an island. We were all made for community. On the opposite side of the cry for belonging is the assertion that we don't need anyone. How many lovers' paradises have ended with the words, "I don't need you! I don't need anyone!" Rejection and independence.

When God set up His church, His body, He eradicated those words. He created an organism, not an organization; a living, interconnected being. At the head of this body, this church, is Jesus Christ, the One who said that He would reject no one that came to Him and who voiced His need for His friends in the hour of His darkness at the garden of desperation.

Paul gave instruction to the Corinthian church, a church with many traits similar to the church of today in the United States. Strong thinkers who place great value on the state of their emotions. Admirers of the successful and intelligent of their time. But Paul's instructions to the church at that time in Greece pushed hard against the accepted societal norm. He challenged their mindset throughout his letters to them. He called out the attitude of belonging and independence directly,


And if the ear should say, “Because I am not an eye, I do not belong to the body,” that would not make it any less a part of the body.

The eye cannot say to the hand, “I have no need of you." 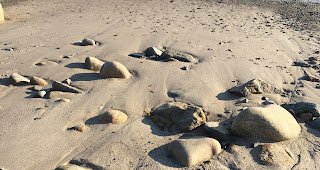 These are two statements that should never be heard coming from believers in the church. Every gift, and gifts come in the form of people, is of worth and should not be considered less than or looked down upon. Division exists in the church today partly because of the attitude towards others' (and our) value. "I'm not good enough, what could I possibly offer?" is just as incorrect as thinking someone who is never seen on the stage is not as valuable as the pastor or worship leader. Completely incorrect.

My wife is in the process of recovering from a major surgery. She needs me; she can't be on her feet to cook, clean, or do laundry. She can't go to work. She needs to give her body rest. But she has not lost her value, or her honor. Absolutely not. In fact, she is receiving greater honor now as I prepare her meals and make sure she is comfortable and taken care of. That is the way God's kingdom works. That is the way our home, the church, should work. We are to honor and serve those who are deemed of less purpose or usefulness.

Mothers don't receive Grammy awards. The praying woman in church doesn't make CNN headline news. Those who hold little or no honor in the eyes of this world are lifted high in the eyes of God and His church. Those who are not the accomplished in the site of popular society are considered honorable by God and His church. In this place, this safe place called the body of Christ, there is no room for boasting or position; the lowly belong and the great need the lowly.