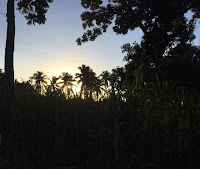 I just returned from a trip to Haiti where I led a team of short term missionaries on a one week missions trip to one of the poorest countries in the western hemisphere. I had my ideas and plans of how this trip would play out, but I held on to them loosely, knowing God would do the unexpected. Sometimes the hardest thing for us can be to go off script; to deviate from our best laid plans. In Haiti it is not uncommon for plans to fall through and things to change.

But God moves powerfully in the unexpected.

I had strategies and formulated notions in place for what I was going to do in this country that shares an island with the Dominican Republic. And I was prepared accordingly. There is nothing wrong with being ready; with being a prepared person. But the investment we make in our readiness, in our preparation, must never take front seat to what God has planned behind the scenes. If our plans become more important than His moving and direction then we're in danger of idol worship.

One thing I had planned for was teaching at morning devotions. I had put together enough teachings for every day of the week. I ended up speaking once. Just once. And that was good. What I didn’t expect were the many personal  connections I would end up making with the team members. These one on one encounters and times of prayer came, not accordingly to my plan, but according to His will. His way is so much deeper and richer than ours. What wisdom God has!

Last year while leading a team, I had the opportunity to preach at one of the Haitian churches. While I was prepared to do that again, the opportunity did not present itself. Instead, God had plans for something else, and on Sunday I was called out of the congregation to act in a skit, on the spot, with no time to prepare. Again, God had a different idea of what should happen. 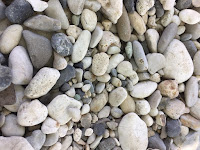 You can't always prepare for what God has planned, but you can always be available and ready.

Every one of us carries attitudes; some wonderful and inspiring, and some bitter and repulsive. Those attitudes reflect our willingness or our apprehension, our flexibility or our irritation with change. But we can choose which attitude to take on. God has given us the ability to do so. 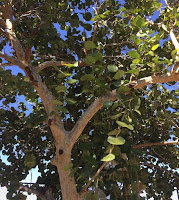 Jesus could have planned on a life-long ministry of teaching and healing. He had success with it. I wonder if our church boards of today would have run the numbers and advised Jesus, “You’ve got to keep this going, the numbers are up, people are responding. This is a successful ministry that must not end.” But God had a plan and He said no to the continuation of Jesus in this ministry. It was not part of His plan, and Jesus, in His humility and wisdom, bowed His will to the Father and said, Yes, I am willing to leave all behind to suffer at the hands of violent men and die on a cross. It was part of God's plan; and it was pleasing to God.

Should we prepare? Absolutely. But we must never neglect preparing our hearts and attitudes for flexibility. Should we make a plan?  Of course. God uses plans. But He also directs our steps, so be ready for a possible plan change.  The scripture gives us wise advice to commit our actions to the Lord. And as we do, He will make our plans succeed. But we must always be ready for a change to those plans, for it is the Lord who directs our steps.